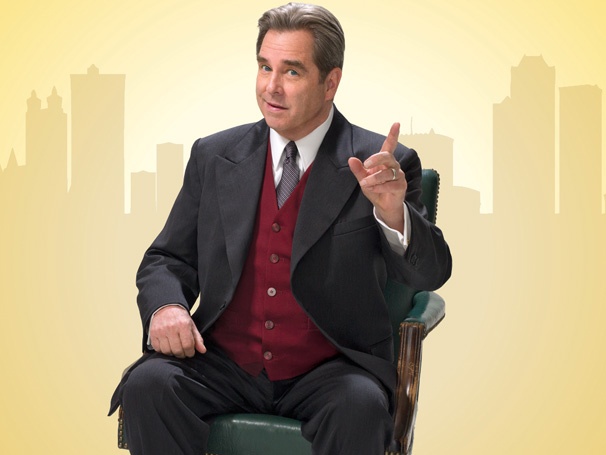 “Beau Bridges may be new on the Broadway musical scene, but this show-biz vet has more than a few theatrical productions under his belt. Bridges debuted on the Great White Way 45 years ago in William Inge’s Where’s Daddy? and made a foray into musicals in the 2009 Hollywood Bowl production of Guys and Dolls. He co-starred with his brother Jeff in the 1989 hit The Fabulous Baker Boys and won Emmy Awards for Without Warning: The James Brady Story, The Positively True Adventures of the Alleged Texas Cheerleader-Murdering Mom and The Second Civil War. Now featured as George Clooney’s hippie relative in the Oscar-bait drama The Descendants, Bridges is making his Broadway musical debut as big boss J.B. Biggley in the hit revival of How to Succeed in Business Without Really Trying. Broadway.com recently chatted with Bridges about sharing the spotlight with Darren Criss, following in father Lloyd Bridges’ theatrical footsteps (literally!), and being back on the Main Stem for the first time in 38 years…”

Read the full interview at Broadway.com