1600 Vine is an original movie musical, based on a stage musical, that looks into the journey of life as a social media influencer. Creating, curating and continuing an artificial online identity – all the while aware of the widening space between one’s true self and one’s followed/friended/financed online self. The film is an ensemble story of this generation of makeup tutorialists, stunt artists, models, pranksters, gamers, vloggers, and musicians who, though each on their own path, have found community in the luxury Hollywood apartment building they (temporarily) call home: 1600 Vine Street. 1600 Vine is a tale torn from today’s headlines, created by a diverse team of 20-somethings who have brought their own authentic life experiences into the bookwriting/songwriting processes.

Produced by WitzEnd Productions (Once on this Island, Diana) and by Jonathan Prince (American Dreams, Four Weddings and a Funeral, American Soul) 1600 Vine is directed by Tiffany Nichole Greene (resident director of Hamilton). With plans to distribute the film in early 2022, and to license the show for stock/amateur stage productions soon thereafter, 1600 Vine is primed for a buzzy landing into a social media friendly landscape, moving audiences with authentic and important stories of the social media generation. 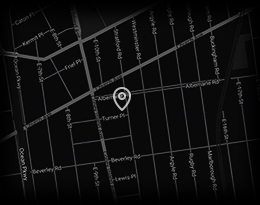