Home / About Us / Michael Jackowitz 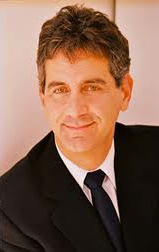 Michael started working in the commercial theater in 1995 with The Food Chain, by Nicky Silver at Westside (Arts) Theater.  Over the years he has produced many other commercial ventures, non-profit productions and an opera.   In 2013, he founded WitzEnd Productions to create and develop new works in the theater.

CURRENT PRODUCTIONS:   Diana  (Longacre Theatre Opening May 2021).   Once on This Island (National Tour), 2018 Tony Award BEST REVIVAL of a MUSICAL and Escape to Margaritaville by Jimmy Buffett (National Tour).

PAST PRODUCTIONS:    Recently, Michael was a lead producer on Tuck Everlasting (Broadway April 2016) directed by Casey Nicholaw, and  Daddy Long Legs having completed a successful Off-Broadway run at the Davenport Theater in  New York after an 18 city tour including Tokyo, London, Chicago, Los Angeles, Manitoba and Seoul, Korea (multiple Best Musical Awards) by John Caird (Les Miserables) and Paul Gordon.  It was the first show ever to be live-streamed from New York in 2015 and continues to be a fan favorite on BroadwayHD.  He was also the Executive Producer of Séance on a Wet Afternoon the new opera by Stephen Schwartz, World Premiere Opera Santa Barbara (2009), New York City Opera/Lincoln Center (2011) with upcoming Chamber version in development.  Gettin’ The Band Back Together   recently completed run at Belasco Theater. Lifespan of a Fact  starring Daniel Radcliffe, Cherry Jones and Bobby Cannavale recently completed run at Studio 54.

He was a producer of the 50th Anniversary revival of How to Succeed in Business Without Really Trying on Broadway starring Daniel Radcliffe, Darren Criss and Nick Jonas (8 Tony Award Nominations, including BEST MUSICAL REVIVAL 2011),  PIPPIN at the Menier Chocolate Factory in London 2011-12 , The Best Is Yet To Come: The Music of Cy Coleman devised and directed by David Zippel, Rubicon Theatre Company/59E59 Off-Broadway (2012 DRAMA DESK AWARD for BEST REVIEW), My Fairytale the Hans Christian Andersen musical by Stephen Schwartz, American Premiere PCPA 2009,  My Antonia, an adaptation of the Willa Cather novel by Scott Schwartz at Rubicon Theatre Company and Pacific Resident Theatre Company in Los Angeles (2008 LA Weekly Nominee, Best Production),  It’s Only Life (2008 LA Ovation Award: Best Book/Music/Lyrics of an original work), by John Bucchino directed by Daisy Prince (2008 Santa Barbara Independent Award: Best Director), with vocal arrangements by Jason Robert Brown World Premiere at Rubicon Theatre Company, and tick, tick…BOOM!, by Jonathan Larson directed by Scott Schwartz, at the Coronet Theatre in Los Angeles following its successful run at the Rubicon Theatre in Ventura, CA (2005).    As noted above, Michael started his career in commercial theater with The Food Chain by Nicky Silver directed by Robert Falls and starring Hope Davis and Phyllis Newman followed by AVOW by Bill C. Davis (Mass Appeal) at the Century Theater and I, Do, I Do at Queens Theater in the Park with Donna McKechnie.   He produced a regional production of Abyssinia at Lyric Stage in Dallas with Josephine Abady directing in 2000.

Michael served as the Musical Theater Liaison for the Harold Prince Musical Theater Program at The Directors Company in New York in 1993.  He is a graduate of the Commercial Theater Institute’s Producing Seminar, class of 1996 and continues to serve as Rubicon Theatre’s Director of New Work in California.

We use cookies on our website to give you the most relevant experience by remembering your preferences and repeat visits. By clicking “Accept”, you consent to the use of ALL the cookies.
Cookie settingsACCEPT
Manage consent

This website uses cookies to improve your experience while you navigate through the website. Out of these, the cookies that are categorized as necessary are stored on your browser as they are essential for the working of basic functionalities of the website. We also use third-party cookies that help us analyze and understand how you use this website. These cookies will be stored in your browser only with your consent. You also have the option to opt-out of these cookies. But opting out of some of these cookies may affect your browsing experience.
Necessary Always Enabled

Any cookies that may not be particularly necessary for the website to function and is used specifically to collect user personal data via analytics, ads, other embedded contents are termed as non-necessary cookies. It is mandatory to procure user consent prior to running these cookies on your website.