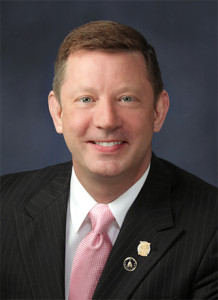 Jeffrey Grove met Michael Jackowitz in medical school in 1986, and they have been close collaborators ever since.  Jeffrey has always been a strong supporter of the arts and is thrilled to be a partner with WitzEnd Productions.

This season:   Once On This Island, revival directed by Michael Arden (Circle in the Square, Opening Night Dec 3, 2017), and  Escape to Margaritaville by Jimmy Buffett (Marriott Marquis, Opening March 15, 2018).

Jeffrey served as the 60th President of the Board of Governors of the American College of Osteopathic Family Physicians from March 2013-March 2014. He is a past president of the Florida Osteopathic Medical Association and served as National Chairman of Continuing Medical Education for the American Osteopathic Association. Dr. Grove is a Clinical Professor in Family Medicine at Nova Southeastern University/COM and Family Practice/Geriatrics at LECOM Bradenton College of Osteopathic Medicine.